In this section, we explore the discourse, or conversation, around ESSA.  We begin by exploring the hashtags in which the conversation was occurring, then turn to specific domains of education policy that appear in the most commonly retweeted tweets, and conclude with a few example tweets.

Intersecting Hashtags
Hashtags on Twitter provide a mechanism linking discourse on similar topics.  The Twitter discourse on ESSA spanned a number of hashtags.  By and far, the most common was #ESSA with over 8,000 uses.  The next two most common where #NCLB and #ESEA with 425 and 368 uses respectively.  The word cloud below shows the most common hashtags, excluding #ESSA, that were used at least 10 times. 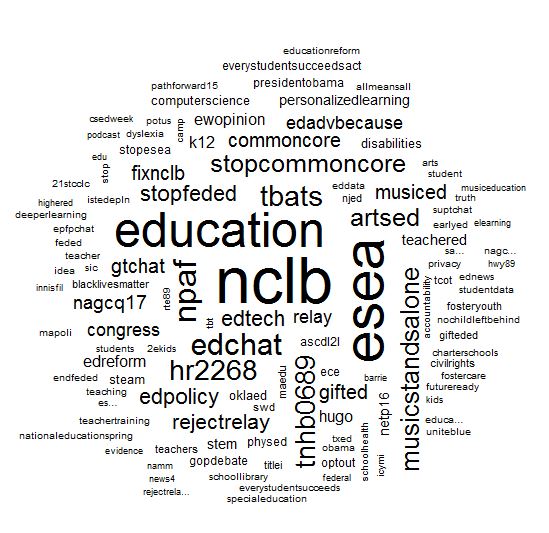 Most common hashtags (excluding #ESSA) with size representing frequency of use

Education Policy Domains
To further understand the specific education policy topics under discussion, we coded the most common retweets (those appearing more than 5 times in the data).  We coded for both predetermined themes (such as discussion of NCLB) as well as themes that emerged (such as discussion of the Relay Graduate School and arts/music education).  The figure below shows the percent of tweets containing each of the coded domains. 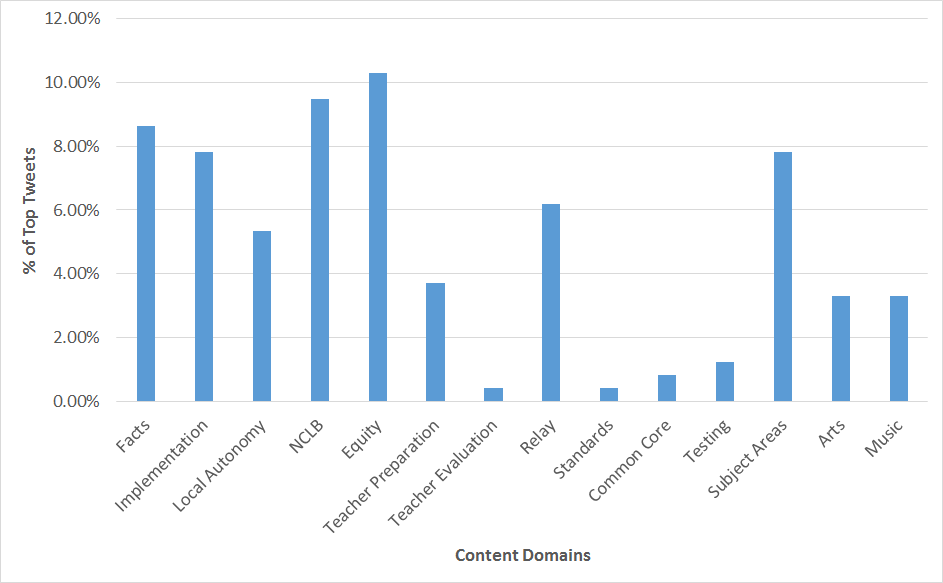 Frequency of mentions of education policy domains among most retweeted tweets

Though no domain appeared in more than 12% of the most common retweets, there were several interesting findings.  First, discussion of implementation and the role of local autonomy under ESSA appeared relatively frequently, indicating that the role of local entities in implementation was already being considered.  Second, a number of users appeared to be using NCLB as a mechanism for comparison or understanding of ESSA, with reference to NCLB the second most frequent of the domains coded.  True to the original intent of ESEA, equity was a common theme in the discussion, though users were mixed in their confidence that ESSA will support equity.  Finally, though teacher preparation and, in particular, the Relay Graduate School, were frequently mentioned, the discourse around ESSA in the top retweets appeared fairly disconnected from a number of other politically contentious education policy issues such as academic standards, Common Core, and standardized testing. 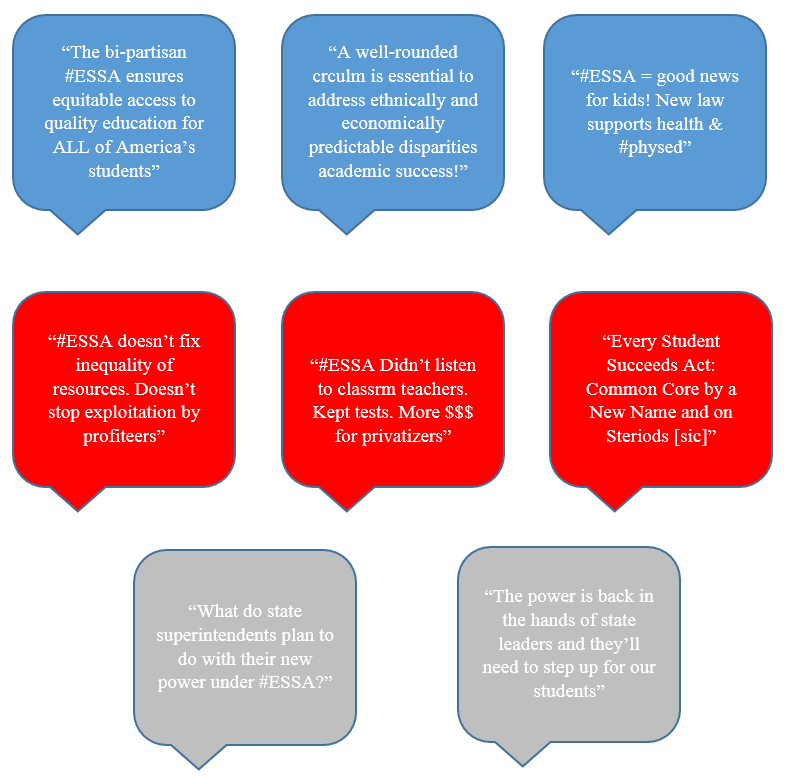 NEXT: Explore the Implications (What it All Means)